Goodbye Afterpay, hello Block: Where to for the ASX’s new giant 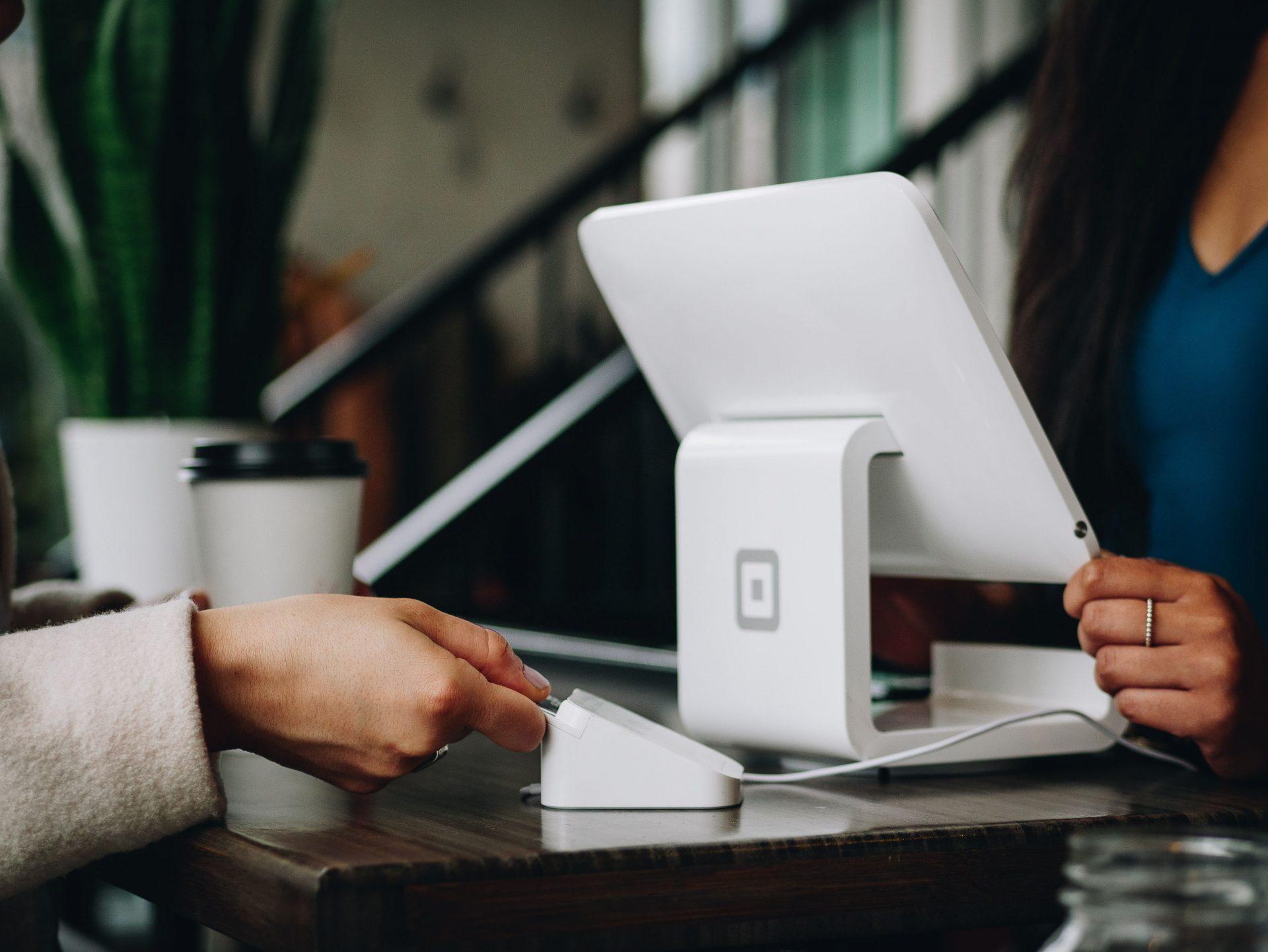 US payments giant Block (formerly Square) is making an unusually quiet entry to the ASX, given its $80 billion value. Its big slide since its Afterpay takeover raises questions about its outlook.

It may have a market valuation of more than $80 billion, but there’s an unusually eerie sense of quiet around the arrival of US payments giant Block (formerly known as Square) on the ASX following its merger with Afterpay.

In fact, one of the few sounds investors might have been able to hear is giggling; a very amusing meme video doing the rounds of Twitter brutally lampoons the deal, the huge fall in Block’s share price since it was  announced last August, and even (how could they?!) The Australian Financial Review’s positive commentary on the deal. 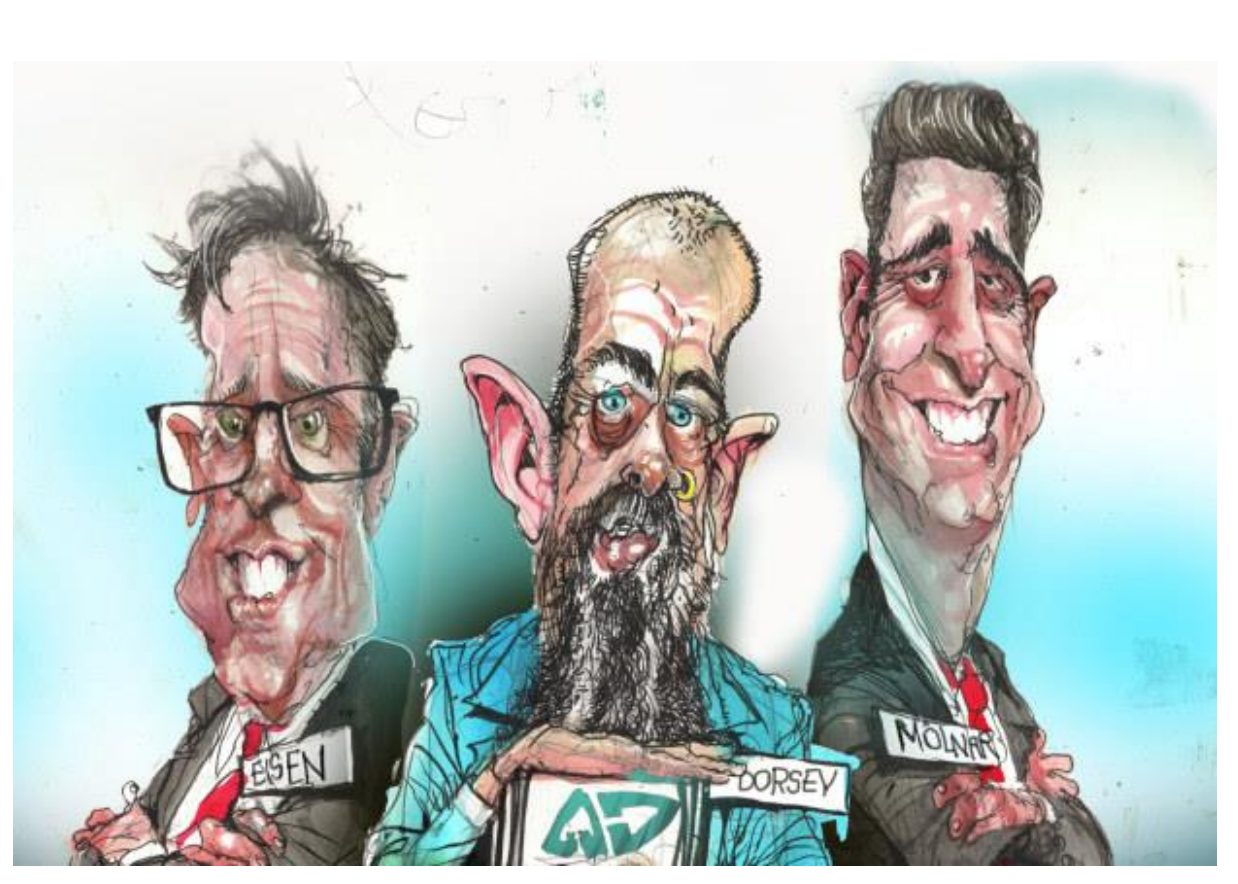 As one of those who applauded the Afterpay takeover, I’m taking this ribbing on the chin, although I stand by my central point that the deal was well-timed.

Founders Anthony Eisen and Nick Molnar had done an extraordinary job taking this start-up from a valuation of zero to $39 billion within just six years. Orchestrating a takeover just as competition was becoming more intense, and growth more challenging in the buy now, pay later sector, was equally impressive.

Still, it’s hard to argue with the market.

Just as the announcement of the Block takeover was a moment for Afterpay’s true believers to celebrate, the listing of Block on the ASX on Thursday is giving those who’ve long doubted Afterpay’s valuation the chance for a victory lap.

Block’s share price has tumbled a staggering 54 per cent since it peaked a few days after the Afterpay deal was announced, hit by a combination of concerns about the company’s growth slowing and as pandemic stimulus efforts fade, and a broader sell-off of technology stocks as inflation rises and interest rate increases loom.

While Eisen, Molnar and all Afterpay shareholders who’ve agreed to take Block shares have still doubled their money in two years, they have to ask: What’s next for the ASX’s new giant?

To try to answer that question – without ending up in another meme – Chanticleer turned to some of the Wall Street analysts who cover Block and a local investor in the stock to try to get a sense of what ASX investors should be watching over the short, medium and long term.

Jason Orthman, lead portfolio manager and deputy chief investment officer at Hyperion Asset Management, says one of the reasons for the lack of noise around Block’s ASX listing (aside from the savage share price falls for tech stocks) is a lack of news out of both Block and Afterpay in the last few months. Hyperion was a longterm Afterpay holder and Block is one of the biggest positions in its flagship global growth companies fund.

Outside of a small update provided by Block at a conference in early December, there has been relatively little data for investors to track the company’s recent performance, Orthman says. He says this is one reason Block has been swept away in the broader market move away from high valuation growth stocks and towards value stocks and cyclicals.

“The payment space has been caught up more broadly in that rotation, but there’s been no opportunity to focus on the fundamentals of these businesses,” he says.

Still, what investors have been able to see of Block’s fundamentals in recent months appears to have them a little concerned.

In November, Block’s third-quarter earnings came in below market expectations, causing several analysts to downgrade both earnings forecasts and price targets. Piper Sandler analyst Chris Donat, who cut his price target to $US250, from $US290, on the third-quarter numbers, said those results signalled “challenging times ahead as stimulus impact fades”.

The December update, which suggested growth had been a little weaker than the market expected in November, led to RBC analyst Daniel Perlin slashing his price target to $US203, from $US295.

Orthman is sanguine about the near-term numbers, pointing out that October and November appear to have held up against strong growth the previous year. He believes the sell-off looks overdone. “Block is trading as if they’re going to have a significant downgrade when they report in February.”

Clearly, the December quarter profit reporting season that has just got under way in the US will be crucial for tech companies such as Block that want to prove their businesses are still performing well and don’t deserve to get caught up in the great tech sell-off.

But for Orthman and many Wall Street analysts, Block’s star will rise and fall not on its quarter-to-quarter performance, but on the progress it can make in disrupting the global payments sector over the next decade.

These are services that traditional banks have long supplied, but Square has been able to attract a generation of younger consumers and tech-savvy small businesses who are prepared to make payments outside the traditional system. It has 4 million merchants and 40 million Cash App active users on its platform.

“There is a structural shift going on in payments more broadly because of the changing behaviour of the next generation. That is real, and that is permanent,” Orthman says. “As the Millennials and Gen Z spend more, that will drive that spend to these more modern offerings.”

Orthman sees two key growth drivers for Block. The first is increasing user numbers on both sides of the business. “We believe that the addressable markets are about 50 million businesses that can actually benefit from coming online and using their readers in a simple way and transacting more easily.”

The second is improved monetisation. As it prioritises growth, Block is getting about $US50 in annual revenue from each active user, but this is low compared with traditional and digital banks that reap between $US400 and $US800 per user.

“There’s a large possible opportunity as the company matures and these users become more embedded over time,” Orthman says.

His view that Afterpay can help expand both sides of Block’s business is shared by many of the Wall Street analysts who follow Block.

New York-based UBS analyst Rayna Kumar, who recently reiterated Block as her top pick for 2022, argues that by acquiring Afterpay, Block “will deepen the connection between the Seller and Cash App ecosystems, and further enhance Square’s positioning as a two-sided merchant and consumer payments network”.

Not only will the deal allow Block to give its merchants access to a buy now, pay later offering, but Afterpay’s relationships with larger retailers should help broaden Seller business away from its small business roots.

Offering Afterpay to Cash App users should help drive growth of the buy now, play later platform, but RBC’s Perlin argues it will also broaden the Cash App offering by allowing users to manage their repayments inside the app.

But even if you believe in this long-term view of Block’s prospects and the potential for Afterpay to enhance, it’s going to take a catalyst to change the stock’s current trajectory.

And recent catalysts haven’t been helpful.

While Piper Alderson sees Afterpay as offering cross-selling opportunities between the two sides of Block’s business, it said last week it was worried about what it believes is a fall in Afterpay’s share of the buy now, pay later market in the US since the Block merger was announced last August.

UBS’ Kumar says even the recent name change to Block has hurt, given it has associated the company more closely with chief executive Jack Dorsey’s personal faith in blockchain technologies and bitcoin, just as crypto prices have been crashing.

Orthman, who does not ascribe any value to Block’s bitcoin interest in his 10-year valuation of the stock, will look for signs of progress towards the company’s longterm goals in next month’s earnings update, including an update on earnings growth in the Seller and Cash App businesses, an update on Afterpay’s growth, and more detail about how Block plans to integrate Afterpay.

This article was originally published by : The Australian Financial Review